Join Kuliw Taljialan, Juanita Ingram, and Jean-Paul Weaver for an Inter-Indignational conversation that explores synchronicities between the Trans-Atlantic Black/Indigenous experience and the Austronesian Indigenous experience. We dig into delicious traditional indigenous Taiwanese foods and drinks, as well as, complex conversations about our identities. All in the beautiful setting of Formosan Sambar Cafe ( an Indigenous-owned cafe Hsinchu, Taiwan). This conversation was filmed as a part of Purpose Productions’ docu-series The Expats The International Ingrams (season two).

More About the Panelists 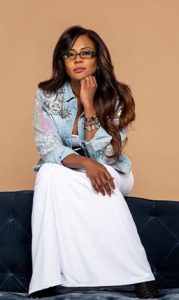 Juanita Ingram is breaking down barriers and empowering others as an award-winning attorney, filmmaker, author, fashion philanthropist, and actress. Currently living in Singapore, and formerly residing in London and Taiwan, she is also a wife, mother of two, and is the Founder and CEO of Purpose Productions Inc., a 501(c)3 women-led production company with a mission of creating content that celebrates authentic BIPOC narratives while empowering women and youth through film. She received her Bachelor’s Degree in Accounting from Tennessee State University and her MBA and Jurist Doctorate degree from the University of Memphis. She is also the founder of Dress for Success Greater London and Dress for Success Chattanooga. Purpose Productions utilizes the visual arts as a vehicle for challenging negative stereotypes and providing cross-cultural experiences for audiences throughout the world. Purpose Productions is also a conduit for sharing a balanced depiction of diverse cultures and powerful under-represented narratives while serving to foster educational and cross-cultural exposure for global audiences. 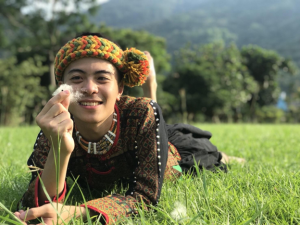 Kuliw is of the Paiwan tribe (one of 16 indigenous ethnic groups recognized by the government of Taiwan) and an educator of Indigenous culture and identity in Taiwan. He holds a Bachelor of Political Science and Ethnology from National Chengchi University in Taiwan, is a Master’s student in the graduate program of the Institute of Building and Planning at National Taiwan University, and runs Payuan Classic on Facebook and Instagram. He has been featured on Taiwan Indigenous TV, ICRT Radio Show, Community Convos Taiwan, The Expats International Ingrams (season two), and as a trainee news anchor (Paiwan language).

Jean-Paul Weaver (she/her/hers) is a Haitian-American performance and visual installation artist. She holds a A.A. in Theatre and Dance from Casper College, an alumnus of Alonzo King’s Lines Ballet Training Program, and a self-taught visual artist. As a dancer, she has worked with many notable companies including Texture Contemporary Ballet, Staycee Pearl Dance Project, and Cleo Parker Robinson Dance Ensemble, and HaitiDansCo. She has been a resident artist at The Indy Convergence and Pearl Diving movement Residency (Madonna Gris), as well as presented original Movement installations for Santa Fe Outdoor Visions Festival , The Stars Hold Our Stories, Taint Caberet (Naarm/So-called Melbourne, AUS), and as a part of Dis rupt (Yirramboi Festival).